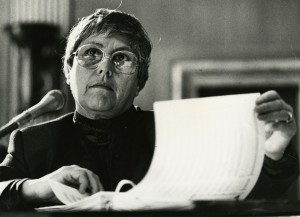 The social science and statistical communities lost a friend on March 27, Janet L. Norwood. Norwood was a former Commissioner of Labor Statistics (1979-1991), having served Presidents Jimmy Carter and Ronald Reagan during her 13 year tenure. As one of few women serving in the Bureau of Labor Statistics at the time and the first to lead the agency, Norwood was an inspiration and mentor to many professional women in Washington. She served as COSSA President from 2001-2002.

In addition to her service to COSSA, Norwood also held advisory and leadership positions with the American Statistical Association, NORC at the University of Chicago, and the Committee on National Statistics at the National Academies, among many others.