COSSA joined over 200 organizations in endorsing a new bipartisan bill that would extend the statutory deadlines for the 2020 Census and require the Census Bureau to continue its enumeration operation through October 31. As previously reported, the Department of Commerce announced plans to end counting activities for the 2020 Census a month ahead of its originally planned schedule, leading to concern that the resulting data will be inaccurate. The 2020 Census Deadline Extensions Act, introduced by Sens. Brian Schatz (D-HI), Lisa Murkowski (R-AK), and Dan Sullivan (R-AK) would require the 2020 Census to stick to its originally planned schedule and gives the Bureau additional time to deliver apportionment and redistricting data. Follow COSSA’s coverage of the 2020 Census here.

On September 10, the House Science Committee’s Research and Technology Subcommittee held a hearing on the Impact of the COVID-19 Crisis on University Research. Witnesses included the Vice Presidents for Research from the University of Illinois System, Oakland University in Michigan, and Purdue University, as well as a Carnegie Mellon graduate student in physics. Witnesses and participating Members of Congress praised the Science Committee’s bipartisan proposals to support the university research system through the disruptions caused by COVID-19, including the RISE Act (H.R. 7308) (see previous coverage), which we have discussed before, authorizes $26 billion in emergency relief funding for science agencies to support full-cost extensions of research grant. A newer bipartisan bill was also discussed, the Supporting Early-Career Researchers Act (H.R. 8044), which would create a new $250 million fellowship program at the National Science Foundation that would allow high-performing grad students to take their funding with them if they are forced to change schools.

On September 4, the White House Office of Management and Budget (OMB) issued a memorandum calling for federal agencies to cease funding training sessions for federal employees addressing critical race theory and white privilege. The memo alleges that “executive branch agencies have spent millions of taxpayer dollars to date ‘training’ government workers to believe divisive, anti-American propaganda,” citing unnamed press reports as evidence that “employees across the executive branch have been required to attend trainings where they are told that ‘virtually all White people contribute to racism’ or where they are required to say that they ‘benefit from racism.’” The memo directs federal agencies to “identify all contracts or other agency spending related to any training on ‘critical race theory,’ ‘white privilege,’ or any other training or propaganda effort that teaches or suggests either (1) that the United States is an inherently racist or evil country or (2) that any race or ethnicity is inherently racist or evil.”

Many organizations in the scientific community have expressed concern about the OMB memo, including the American Sociological Association (ASA), a COSSA governing member. In a September 7 press release, ASA asserted that the OMB memo “represents a fundamental misunderstanding of both critical race theory and the term white privilege and the extensive body of empirical research underlying them,” and shared a list of sociologists who could comment on their research of the issues.

Other organizations, including COSSA and several of its member associations, are also weighing a response to the OMB memo. We will continue to report on this developing story.

The full OMB memo is available on the White House website.

Dr. Spiro Stefanou has been appointed to lead the Economic Research Service (ERS), one of the two principal statistics agencies within the U.S. Department of Agriculture (USDA). Stefanou is an agricultural economist who previously served as a professor of economics at the University of Florida and at Penn State University. Stefanou will be taking the helm of an agency that has had a rocky several years, after the Administration’s controversial decision to move the agency to Kansas City led to significant attrition and loss of expertise at the agency.

The National Academies of Sciences, Engineering, and Medicine is launching a consensus study on Accelerating Behavioral Science Through Ontology Development and Use to inform the development of classification systems and knowledge structures across the behavioral sciences. The study, which is being sponsored by the National Institutes of Health, the National Science Foundation, and the American Psychological Association, will “define the scope of ontology development for behavioral science research (BSR), summarize the state of behavioral ontology development and use in BSR, and identify compelling use cases as well as approaches, gaps and challenges that need to be addressed in order to facilitate widespread ontology use in BSR.”

Nominations are being accepted for study committee members with expertise in psychological processes, behavioral measurement, machine learning, knowledge structures, ontology development (in behavioral science as well as in non-behavioral domains of science), and experience in leadership roles in high-profile journals covering behavioral phenomena applicable to human health and of trans-disease relevance. More information about the consensus study is available on the National Academies website. Nominations may be submitted through September 17.

The National Academies has published a new consensus study report: A Framework for Assessing Mortality and Morbidity after Large-Scale Disasters. The Congressionally-mandated study was sponsored by Federal Emergency Management Agency (FEMA) and was intended to identify ways to better understand the scope of death and injury caused by large-scale disasters (both natural and human-caused). Among the report’s recommendations are adopting a uniform framework across federal agencies for data collection and adopting methods that distinguish direct and indirect deaths resulting from disasters. While the study commenced prior to the pandemic, COVID-19 provided a case study illustrating the needs described in the report and is the focus of an appendix. More information about the study is available on the National Academies website.

From September 8-11, Research!America virtually hosted the 2020 National Health Research Forum, an annual meeting bringing together leaders in the research community, federal agency officials, and national media to highlight current trends in health research and the effect of those trends on public policy decisions.  This year’s theme was Straight Talk: Securing a Science-Strong Future, which was stated to be a focus on the impact of the COVID-19 pandemic on multiple facets of the U.S. research enterprise. The virtual event featured appearances from several high level government officials including the U.S. Secretary of Health and Human Services Alex Azar, Director of the National Institutes of Health Francis Collins, Director of the National Institute of Allergy and Infectious Diseases Anthony Fauci, Director of the Centers for Disease Control and Prevention Robert Redfield, Congresswoman Diana DeGette (D-CO), Congressman Fred Upton (R-MI), and many others.

The speakers and panel discussions covered a wide swath of research related issues, including issues such as diversity and inclusion in research, equity in healthcare, the sustainability of the research enterprise, public confidence and behavior towards a COVID-19 vaccine, and the timeline for developing a COVID-19 vaccine or vaccines. Social and behavioral science was highlighted in several of the sessions, including those discussing public opinion of science and research, methods to increase compliance in COVID-19 prevention techniques, and in modeling behavior regarding flu vaccinations during a pandemic. In a notable segment, Dr. Fauci asserted during his speaking segment that he was confident for a vaccine to be ready by the end of 2020, but likely not before the November 3rd election. More information about the forum is available on the Research!America website. 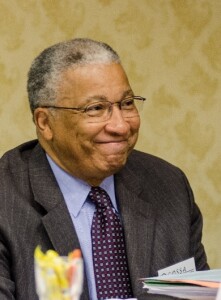 Dr. James S. Jackson, renown social psychologist and Daniel Katz Distinguished University Professor of Psychology, Emeritus, at the University of Michigan, Ann Arbor, passed away on September 1. A pioneer in national and international surveys of Black populations, Dr. Jackson dedicated his career to understanding racial and ethnic influences on life course among African Americans across the lifespan.

He was a recognized leader and advocate for the social and behavioral sciences, evidenced by his appointments to national leadership positions and committees, including several advisory councils of the National Institutes of Health, the Board of the Division of Behavioral and Social Sciences and Education (DBASSE) at the National Academies of Sciences, Engineering and Medicine, and countless others. He was appointed to the National Science Board by President Obama in 2014, on which he served for six years and chaired the Committee on External Engagement until earlier this year.

Dr. Jackson served as COSSA President in 2013-2014. “Despite his active research and teaching responsibilities and service on countless advisory bodies and committees, James continued to generously give of himself, his time and energy,” said COSSA Executive Director Wendy Naus. “As our President, James did not hesitate to offer his assistance to me as I tried to navigate being a new executive director in 2014. I am eternally grateful for having known James.”

Dr. Jackson left a lasting mark on social and behavioral science research and on COSSA. If you would like to leave a comment or remembrance, you may do so here.