AAAS Calls for Nominations for Scientific Freedom and Responsibility Award

Nominations are being sought for the American Association for the Advancement of Science’s (AAAS) Scientific Freedom and Responsibility Award. The award recognizes scientists, engineers, or associations who have acted to foster scientific freedom and responsibility, for example, “acting to protect the public’s health, safety or welfare; focusing public attention on important potential impacts of science and technology on society by their responsible participation in public policy debates; or establishing important new precedents in carrying out the social responsibilities or in defending the professional freedom of scientists and engineers.” Nominations are due by September 1, 2015. 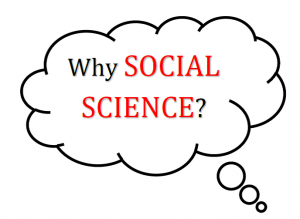 COSSA has launched a new campaign that seeks to collect stories of social science success from social and behavioral scientists across all disciplines. Is your research pushing the frontiers of science or advancing your field? Has your research contributed to an important finding or breakthrough? Are there interesting applications or potential applications to your work? If so, we want to hear it!

You may submit your stories using COSSA’s Why Social Science? webpage. Stories will be shared through social media (#WhySocialScience) and other COSSA outreach efforts over the next several months.

As COSSA has been reporting, the House introduced and ultimately passed its version of COMPETES legislation earlier this year with steep proposed cuts to social science research, despite ardent objection from the broad scientific community. The Senate has chosen a different approach for developing its NSF legislation this year, which according to the press release and discussions with Senate staff will include significant stakeholder involvement. Interested organizations are invited to submit written comment by August 21 addressing specific questions posed by the Committee.

Despite promises from Republican leaders in the House and Senate to pass fiscal year (FY) 2016 appropriations legislation through “regular order” this year, the FY 2016 process has stalled amid issues ranging from a policy rider pertaining to flying of the Confederate flag on federal grounds that killed the bills in the House and calls for the need to broker a larger budget deal. The House and Senate made some progress before the process sputtered out in recent weeks, with both chambers advancing all 12 of their bills through committee and the House managing to pass six of them; however, there were no FY 2016 bills brought to the Senate floor because of a united Democratic strategy to block the bills until a larger budget deal can be struck.

On the agenda upon Congress’s return in September will be to pass a continuing resolution (CR) to keep federal agencies operating beyond the start of the new fiscal year on October 1 and to avert a government shutdown. Rumors indicate that an initial CR could run until December. Also upon their return after Labor Day, Congress is expected to begin in earnest negotiations with the White House on a broader budget deal that will seek to provide some relief from sequestration, or the tight budget caps that are tamping down discretionary spending for defense and non-defense accounts, including research. Until these caps are addressed, and hopefully raised or eliminated, the FY 2016 appropriations bills remain in limbo with Senate Democrats expected to continue blocking the bills and President Obama noting his intent to veto any bill that keeps within the caps. All this makes for an expectedly busy fall for Congress.

AAAS Collecting Stories to Highlight the Importance of Scientific Conferences

The American Association for the Advancement of Science (AAAS) has launched a campaign to illustrate for policymakers the positive impacts scientific and technical conferences have on research. Over the past several years, federal regulations and policies have made it increasingly difficult for scientists and researchers employed by the federal government to attend conferences. AAAS is asking for stories that “highlighting the importance of conference participation to a healthy scientific and technical community,” particularly stories that involve collaboration with scientists from federal agencies, national labs, or research institutes. Stories may be submitted on the AAAS website.

COSSA is thrilled to welcome Virginia Polytechnic Institute and State University (Virginia Tech) as its newest university member. Located in Blacksburg, VA, Virginia Tech receives more than $7 million annually in federal social and behavioral science research awards and is home to the Institute for Society, Culture and Environment.