National Institute of Health (NIH) Director Francis Collins recently announced the appointments of Eric Dishman as the Director of the Precision Medicine Initiative (PMI) Cohort Program and Matthew Gillman as the Program Director of the NIH Environmental Influences on Child Health Outcomes (ECHO). 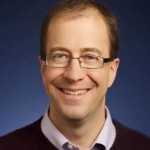 On April 11, National Institutes of Health (NIH) Director Francis Collins announced the appointment of Eric Dishman as the Director of the Precision Medicine Initiative (PMI) Cohort Program. Collins highlighted Dishman’s role in developing PMI as a member of the PMI Working Group and his “wealth of health innovation experience… as a social scientist and researcher, entrepreneur and business leader, patient and patient advocate, and policy advocate and thought leader.”

Dishman also brings “the patient experience” to the position, having battled a rare form of kidney cancer for 23 years and is now cancer-free due to “early access to precision medicine that clarified the right treatment plan for him,” Collins stated. He emphasized that Dishman’s “experiences and perspectives are crucial to the PMI Cohort Program, which, in addition to advancing health and improving treatments for disease, will also pioneer a new model of research in which participants will be partners in the research process and actively engaged and informed.” 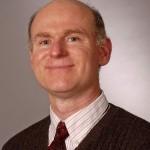 On April 25, Collins announced the selection of Matthew Gillman as the Program Director of the NIH Environmental Influences on Child Health Outcomes (ECHO). Gillman is expected to join the NIH in July.

A professor of population medicine at Harvard Medical School and a professor of nutrition at Harvard School of Public Health, Gillman has experience in the fields of epidemiology, pediatrics, and internal medicine. He is also known as an “international leader in cohort studies throughout the lifespan.” He has served as the principal investigator or co-investigator on several studies, including the Framingham Heart Study and the National Children’s Study.